Here is a list of companies that were popular on the site in the latest week.

London-listed cryptocurrency miner Argo Blockchain (LON:ARB) was in focus after the price of Bitcoin and other cryptocurrencies had a volatile week. Bitcoin started the week on the backfoot, dropping below $30,000 for the first time since January before rebounding to trade around $33,000 at pixel time. Argo Blockchain shares were equally volatile, after closing last week at 141.6p, shares dropped 6% on Monday and hit a low of 110.0p on Tuesday. Shares rebounded alongside the price of Bitcoin to close the week at 130.20p. 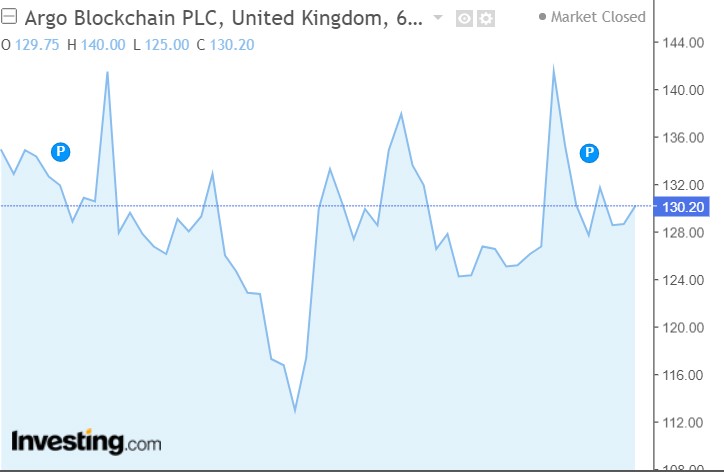 Tesla (NASDAQ:TSLA) shares were in focus, as they often are with traders focussing on Biden’s infrastructure plan and what that might mean for electric vehicles. $15bln was earmarked to improve infrastructure but an overhaul of the EV incentives wasn’t forthcoming. Shares opened the week at $624.48 before rising on Wednesday and Thursday. Shares closed Friday at $671.87. 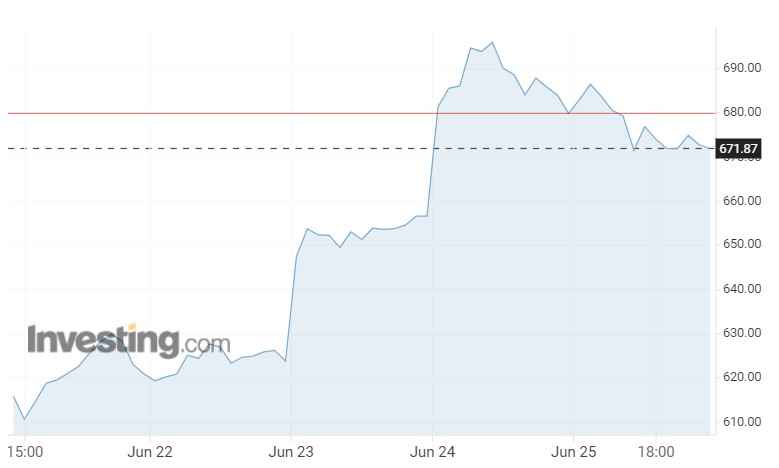 BP (LON:BP) shares were in focus after oil prices hit more multiyear highs on expectations of increasing demand and tight supply. Iran chose hardline candidate Ebrahim Raisi as president-elect and there are fears that the nuclear discussions to remove oil sanctions may be more difficult to conclude when they resume. BP shares have ridden the oil price wave, rising on all five trading days this week. After opening the week at 312.60p, shares hit a high of 329.25p on Friday before closing at 325.5p. 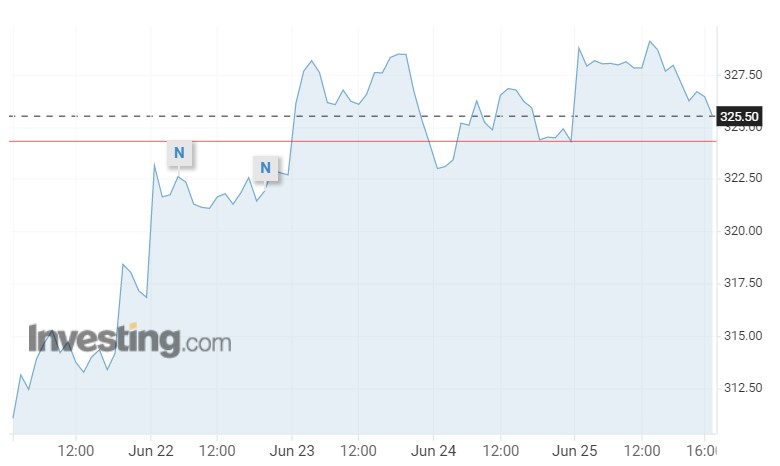 Shares in Lloyds Banking Group (LON:LLOY) was popular after the Bank of England’s latest monetary policy decision, where the central bank was slightly less hawkish than some had expected. Shares in Lloyds opened the week at 46.15p before hitting a high of 47.7p on Friday and closing the week at 47.22p. 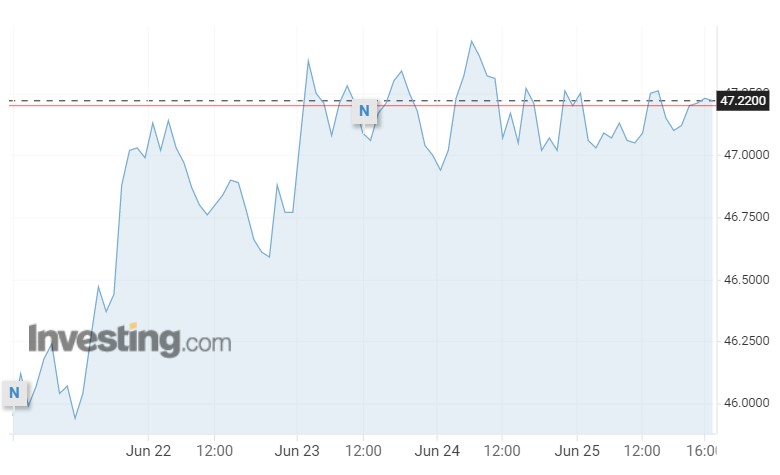 Shares in jet engine manufacturer Rolls-Royce (LON:RR) were in focus after the UK government provided its latest update on international travel plans. A handful of countries were added to the government’s ‘green’ list, including long-haul options in the Caribbean. However, there is unlikely to be a huge surge in demand as travellers remain wary about being stranded. Shares in Rolls-Royce opened the week at 106.32p, hit a high of 112.46p on Tuesday before tailing off and closing the week at 106.5p. 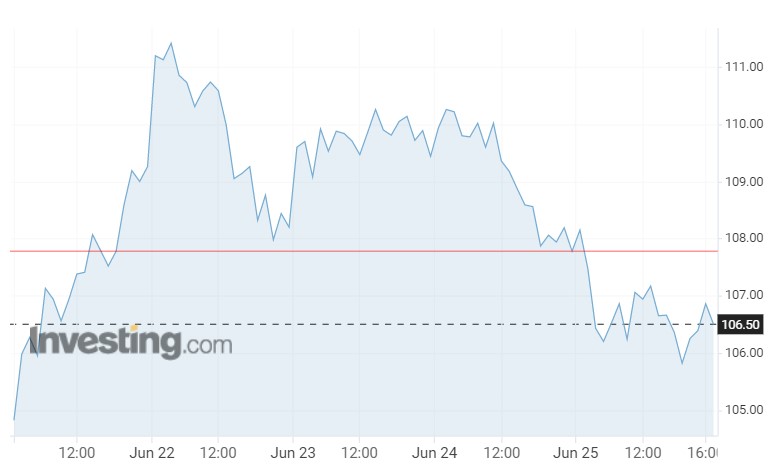 Disclaimer: Fusion Media would like to remind you that the data contained in this website is not necessarily real-time nor accurate. All CFDs (stocks, indexes, futures) and Forex prices are not provided by exchanges but rather by market makers, and so prices may not be accurate and may differ from the actual market price, meaning prices are indicative and not appropriate for trading purposes. Therefore Fusion Media doesn`t bear any responsibility for any trading losses you might incur as a result of using this data.

Fusion Media or anyone involved with Fusion Media will not accept any liability for loss or damage as a result of reliance on the information including data, quotes, charts and buy/sell signals contained within this website. Please be fully informed regarding the risks and costs associated with trading the financial markets, it is one of the riskiest investment forms possible.

Wall Street expects these 10 stocks to increase the most over the next 12...

Retailers are rethinking mask policies in the wake of new CDC guidance–and it could...