Uber Technologies Inc. (NYSE:UBER) produced quite a few winners yesterday after raising $8.1 billion in the biggest initial public offering of 2019. Some of Uber’s top employees, Silicon Valley investors, and SoftBank—its largest shareholder—are among those who will be busy booking big gains on their investments.

But the question that’s most relevant now is whether Uber stock is worth buying after its debut today. As much as we love Uber’s hassle-free rides and the technology that makes them possible, we don’t recommend buying its stock, at least not in the first six months.

This is not to downplay the potential of Uber business and the magnitude of disruption it caused in the transportation sector. 10-year-old Uber is the world’s biggest ride-hailing company, commanding more than 65% of market share in the U.S., Canada, Latin America, Europe, Australia and New Zealand, according to the company’s filing with the U.S. Securities and Exchanges Commission.

But with this dominant market position, it’s not clear how soon Uber will be able to turn this massive enterprise profitable. The financial numbers that Uber shared with investors before the IPO showed growth in its core ride-hailing service is decelerating.

After growing 95% in 2017 from the previous year, the revenue growth from this segment dropped sharply to 33% last year. Uber lost $3.04 billion on an operating basis in 2018 on revenue of $11.3 billion, bringing total operating losses over the past three years to more than $10 billion. 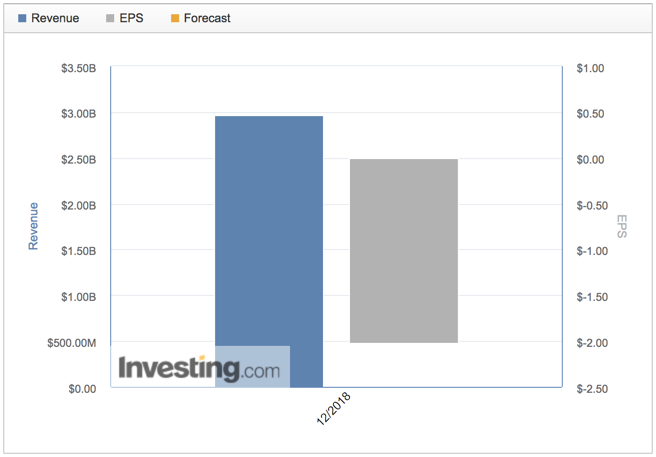 These numbers are ugly, and that’s why Uber Chief Executive Officer Dara Khosrowshahi doesn’t want investors to focus on them. Instead, he wants them to value the strength of the company’s evolving “platform,” that he says will one day create the largest modern transportation ecosystem, including its ride-hailing service, its fast-growing food-delivery business, Uber Eats, electric scooters, freight delivery, driverless vehicles and even flying cars.

“Our continued success will come from stellar execution and the strength of the platform we have worked so hard to build,” Khosrowshahi told investors in his letter, attached with the filing.

These ambitions look impressive and Uber may reward its investors in the long-run, but its stock looks expensive to us with its IPO being priced at the mid of Uber’s proposed price range of $44 to $50 per share. That means its stock would trade at a premium as high as 6-times the company’s 2019 sales. We don’t find this valuation tempting for investors in the secondary market, especially when the risk of immediate sell-off is high.

The performance of Uber’s biggest rival, Lyft Inc. (NASDAQ:LYFT), which went public, is a good indicator of what lies ahead for Uber stock. After soaring on its debut on March 29, Lyft has since shed more than 25% of its value.

Over 60% of more than 7,000 IPOs from 1975 to 2011 had negative absolute returns five years following their first day of trading and only a handful produced extremely positive returns, Draho wrote using data from University of Florida professor Jay Ritter.

Uber’s IPO offers a good opportunity to own a piece of a company at the centre of the transportation revolution, but we don’t believe buying its stock soon after it begins trading is a good idea. Better to wait at least six months to see how the stock performs and what the company’s quarterly earnings disclose. The chances are that you’ll get a better pricing after all the hype is over.